View source
WELCOME TO The Villainess Is A Marionette WIKI

Welcome to the The Villainess Is A Marionette Wiki, a Wiki dedicated to everything about the manhwa series The Villainess is a Marionette that anyone can edit. Please help by creating or editing any of the articles! We currently have 1,623 edits to 65 articles and 231 images on this wiki. Before editing, please read the wiki rules and guidelines.
STORY 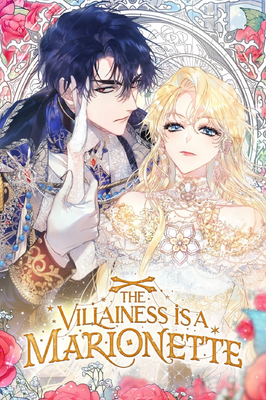 The Villainess Is A Marionette is a Korean Web Novel later converted to Manhwa covering Drama, Fantasy, and Romance genres.
Original story by Yi-Rim Han
Original character design by Moo Ban (twitter)
Art by Manggle (Dokjeom) (twitter 2nd account)/ (twitter 1st account) I woke up as Kayena Hill, the novel’s villainess, praised as the greatest beauty in the empire. Who knew that her story would catch my attention because I was her in my past life? Destined for terrible ends, I’ve died twice—but I refuse to die a third time as a pawn in someone else’s scheme. I’m no longer the vain and naïve princess. Now that I know how the story will unfold, I’ll turn the tables around and have everyone dancing to my tune. This time, I’ll be the one pulling the strings. 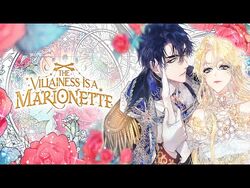 Kayena, the Imperial Princess, was known as the most beautiful woman in the Empire. She was a woman who knew nothing but evil and luxury.

However, she was destined for ruin: she would be used as a chess piece by her younger brother to secure his throne and killed by her crazy husband.

“I’ll make you the Emperor.”

“In exchange, give me freedom.”

She had to change things before she became that Kayena.

Community content is available under CC-BY-SA unless otherwise noted.
Advertisement